Why “super” is getting ordinary

Found a nice summary on Kottke of an article of how ‘the improbable is the new normal’:

Kevin Kelly notes that the internet — and in particular, YouTube — is exposing us to massive quantities of things that are impossible and amazing and muses about how that might be affecting our culture.

Every minute a new impossible thing is uploaded to the internet and that improbable event becomes just one of hundreds of extraordinary events that we’ll see or hear about today. The internet is like a lens which focuses the extraordinary into a beam, and that beam has become our illumination. It compresses the unlikely into a small viewable band of everyday-ness. As long as we are online – which is almost all day many days — we are illuminated by this compressed extraordinariness. It is the new normal.

That light of super-ness changes us. We no longer want mere presentations, we want the best, greatest, the most extraordinary presenters alive, as in TED. We don’t want to watch people playing games, we want to watch the highlights of the highlights, the most amazing moves, catches, runs, shots, and kicks, each one more remarkable and improbable than the other.

We are also exposed to the greatest range of human experience, the heaviest person, shortest midgets, longest mustache — the entire universe of superlatives! Superlatives were once rare — by definition — but now we see multiple videos of superlatives all day long, and they seem normal. Humans have always treasured drawings and photos of the weird extremes of humanity (early National Geographics), but there is an intimacy about watching these extremities on video on our phones while we wait at the dentist. They are now much realer, and they fill our heads.

Can’t quite guess them all, but it’s quite chilling as the cacophony fades… 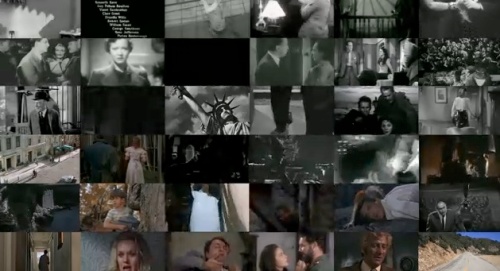 Excellent piece of typography/animation/comedy/etc based around the comments on a YouTube clip of a game, or something. I, for one, absolutely LOVE the comments you get in YouTube. Just so bonkers. There must be a lot of very angry people out there constantly screaming at their screens “WTF! OMG man” – so livid they can’t even type straight. Perhaps it’s actually just hugely cathartic, and they sit down to tea after a good vent with a big smile on their face. “Gosh darling, I feel so much better. Told VikingNinja87 where to shove it. He’ll think twice before flaming me again. These chips are good.”

(with a tip of the hat to Felix)

Smell like a monster:
Old Spice Man was the biggest viral marketing hit of the year, and now he’s even worked his way into Sesame Street. In a new clip, Grover the furry blue monster tells viewers the advantages of smelling like a monster and knowing the word “on.” Isaiah Mustafa doesn’t make an appearance, but Grover makes a pretty good stand-in.

The spoof is spot on. Grover sports a towel and does the “look at yourself, now back to me” bit, the “two tickets to that thing you love” bit, and of course, “I’m on a horse.”

True Mud
Sesame Street pushed the envelope a bit more with a parody of HBO’s True Blood, a show with its fair share of nudity, death and gore. The kids’ version is called “True Mud,” and instead of being a secret vampire, the main character is a secret Grouch, looking for some mud for his mud bath.

It’s a fun rhyming lesson, but is Sesame Street just looking for attention by capitalizing on a current hit show that’s very much for grown-ups only? I don’t know. Sesame Street has parodied plenty of movies that kids wouldn’t be allowed to see. The only difference is that those movies probably weren’t on the cover of Rolling Stone at the time.

I think on balance, though, that the Old Spice one has the edge.