To see a world in a grain of sand,
And a heaven in a wild flower,
Hold infinity in the palm of your hand,
And eternity in an hour.
(from ‘Auguries of Desire‘) 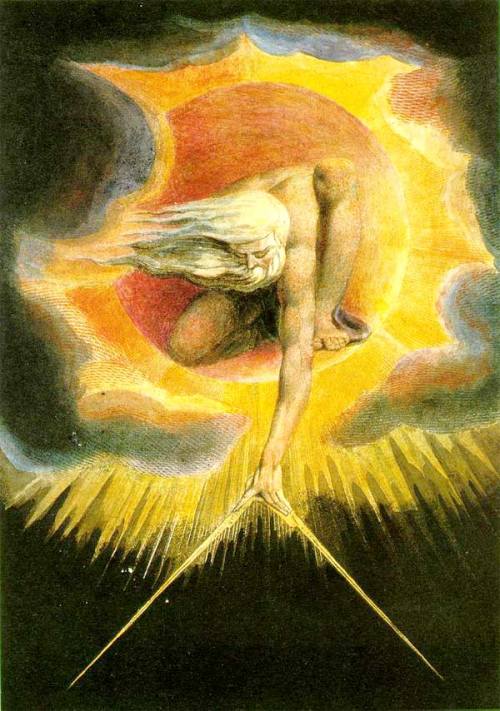 There’s a good biography in Wikipedia, but here’s the short story: Born in 1757, William worked in his father’s hosiery shop until his talent for drawing became so obvious that he was apprenticed to an engraver at 14.

He worked on his first book, Songs of Innocence, with his wife Catherine. Blake engraved the words and pictures on copper plates (a method he claimed he received in a dream), while she coloured the plates and bound the books. It sold slowly during his lifetime. Songs of Experience (1794) was followed by Milton (1804-1808), and Jerusalem (1804-1820). He poured his whole being into his work. The lack of public recognition sent him into a severe depression which lasted from 1810-1817, and even his best friends thought he’d gone nuts.

Blake worked on a small scale. Most of his engravings are little more than inches in height, yet the detailed rendering is superb and exact. His work received far more public acclaim after his death. He died on August 12, 1827, and is buried in an unmarked grave at Bunhill Fields, London. Utterly unique, incredibly creative, a true original. Possibly the greatest artist our shores have ever produced. 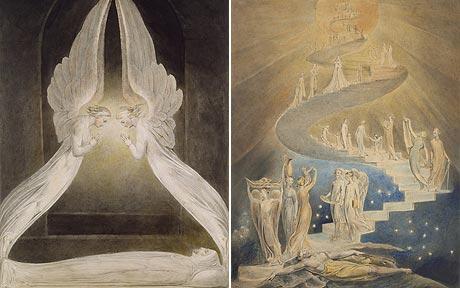 A truth that’s told with bad intent beats all the lies you can invent.

Always be ready to speak your mind, and a base man will avoid you.

Do what you will, this world’s a fiction and is made up of contradiction.

Energy is an eternal delight, and he who desires, but acts not, breeds pestilence.

Every harlot was a virgin once.

What is a wife and what is a harlot? What is a church and what is a theatre? are they two and not one? Can they exist separate? Are not religion and politics the same thing? Brotherhood is religion. O demonstrations of reason dividing families in cruelty and pride!

No bird soars too high if he soars with his own wings.

The road of excess leads to the palace of wisdom.

Think in the morning. Act in the noon. Eat in the evening. Sleep in the night.